The philosophy of the Canali family has always been nourished by the concepts of ethics, rigor, care and attention. These are the values that have driven every generation in leading the company and that are the basis of the company’s vision and style of its garments today.
N° 02 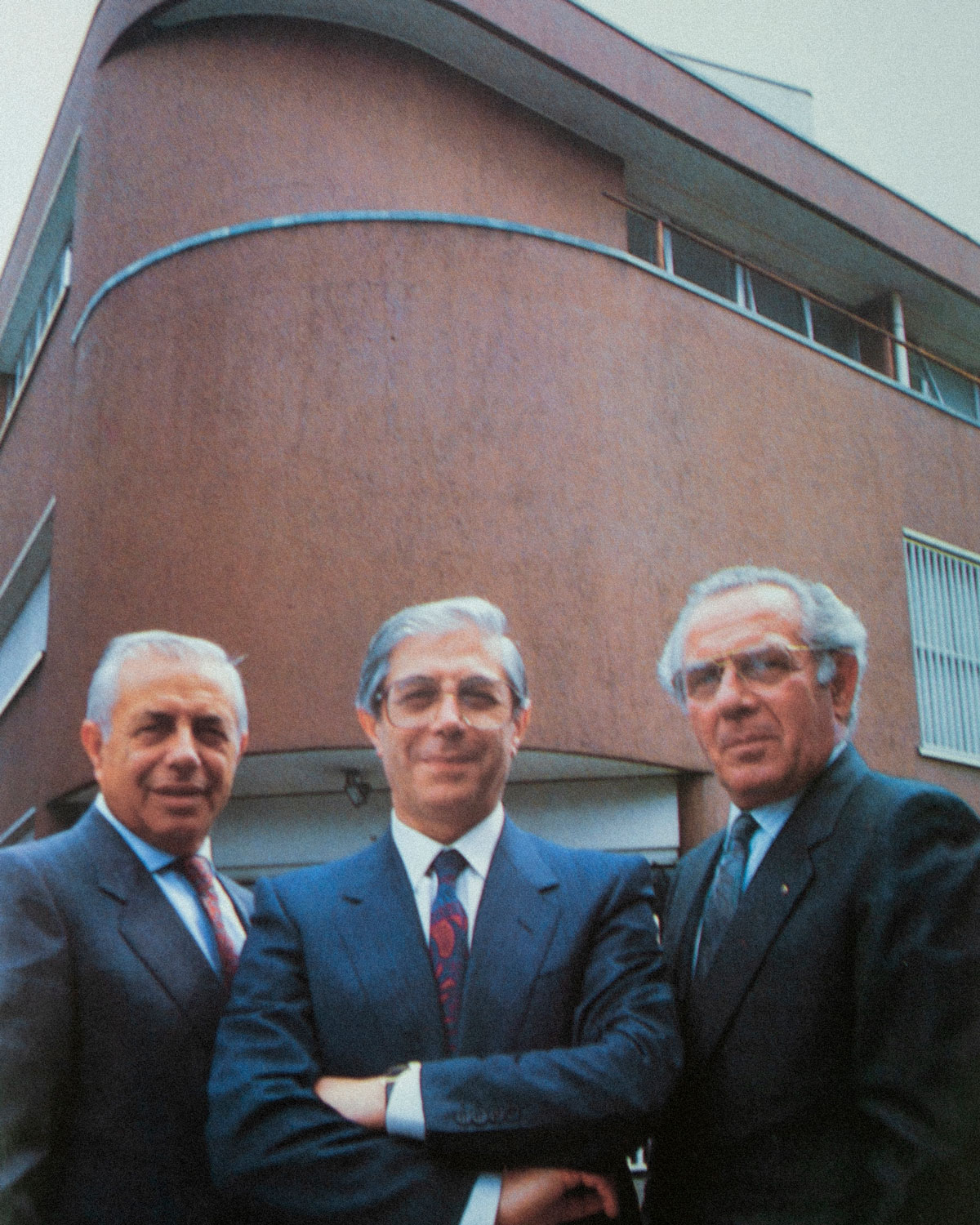 When we talk about a family-run business, we are entering a specific field of “doing business” that has characterized much of Italy’s history from an economic, social and political point of view. It is a particular working context in which a strong sense of identification between the leader and the operator is generated, which is difficult to recreate in other companies. A particular combination of a sense of family, business, values and employees’ human qualities that can generate real examples of excellence.

The success of a company like Canali is based on the fusion of two inseparable elements that have been consolidated and strengthened over the years: work culture and a sense of belonging.

To better understand what made Canali the company it is today, we must go back to the first steps taken by the family in the world of menswear. 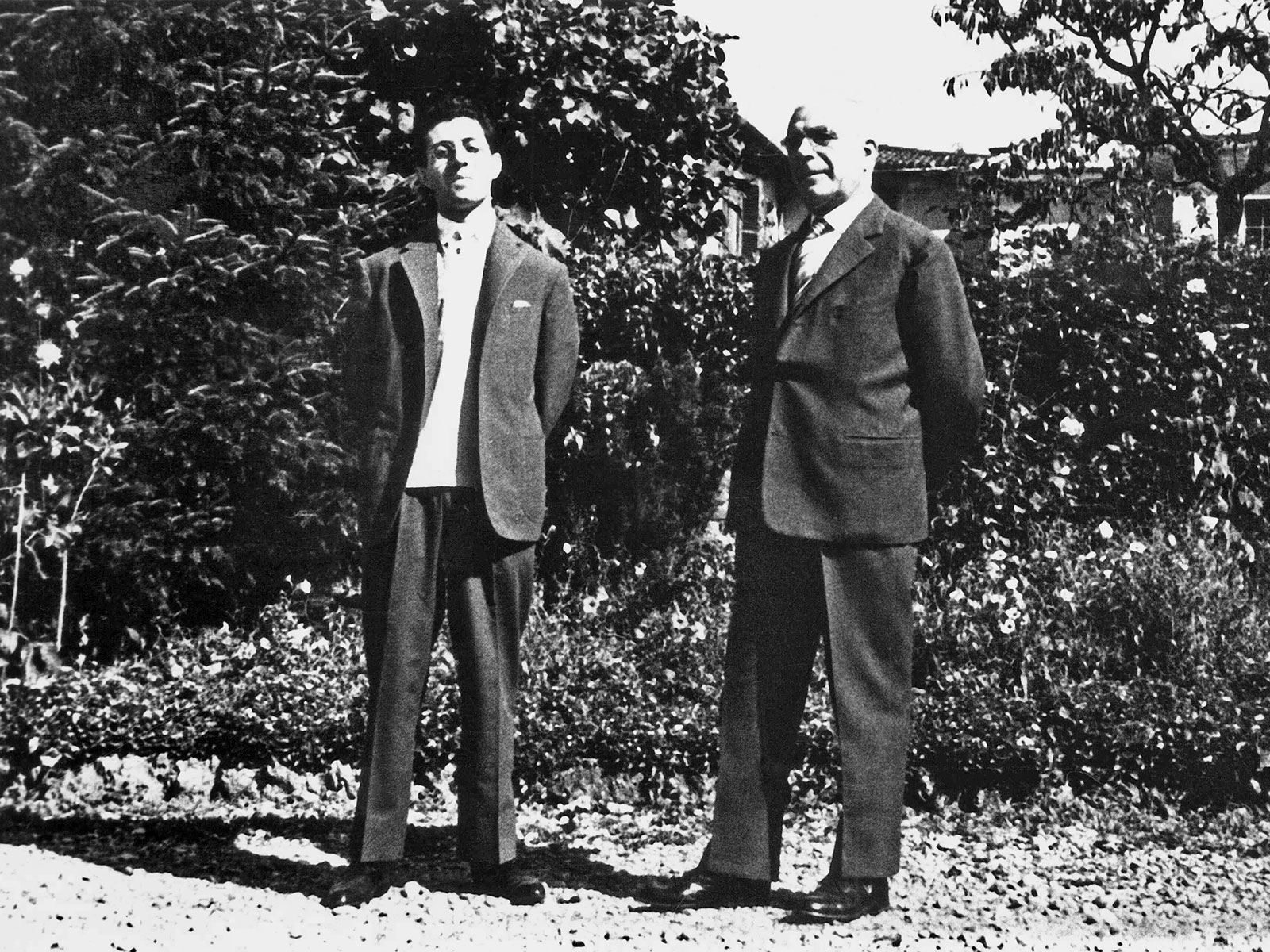 The first generation: the founders

Canali’s entrepreneurial tradition begins in the early 1900s, more precisely in 1908, when Giacomo Canali creates his own tailor’s shop in Triuggio. In that period Brianza represents a centre of great development thanks to its proximity to Milan and its textile tradition.

But it is in 1934 that the Canali company is actually founded with the arrival of Giovanni, the second brother, who further expands the business, thanks to the experience gained at Galeazzo Viganò, an important textile industry at the time. The brothers’ work continues successfully, the business grows, and reaches about 100 employees, until the outbreak of World War II, a condition that leads to a production halt for many Italian companies. 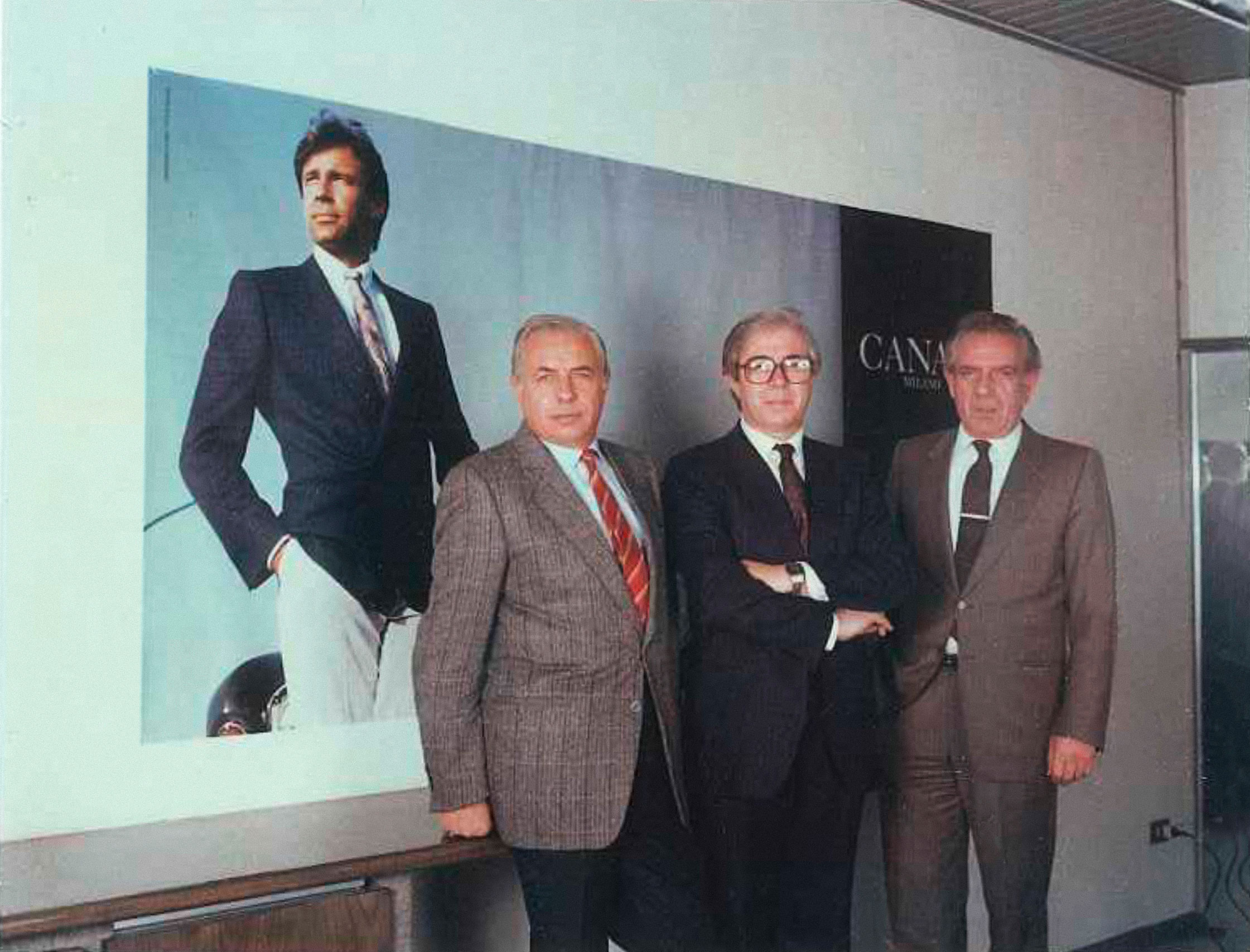 The second generation: the renewers

Restarting after the war is the mission of a new generation of Canali brothers: Giuseppe, Genesio and Eugenio. The three brothers support their parents and are divided among key roles: commercial management, creative production management and administration. At the beginning of the ’50s a new entrepreneurial path begins from strategies that the brothers adopt through a working method that will turn out to be their greatest strength: each proposal is shared and examined by all three brothers, so that everyone can contribute their skills and intuition.

From this intuition, in the early ’50s, the company interprets a need for functional clothes among the post-war population, and devotes itself exclusively to raincoats.

Responding to customers’ needs, but also following this entrepreneurial intuition leads to a change in character and context of Canali’s business at the end of the following decade.

Between the ’60s and ’70s, the three brothers rethink their production to meet market demands and focus on outerwear.

This choice, together with the desire for a high-quality product, which maintains the characteristics of sartorial creation, is one of Canali’s most important turning points.

It is a company that is able to establish itself in the Italian men’s fashion market during the ’70s and then conquer the United States during the ’80s. This is an expansion that continues during the ’90s and today with a new horizon in China. 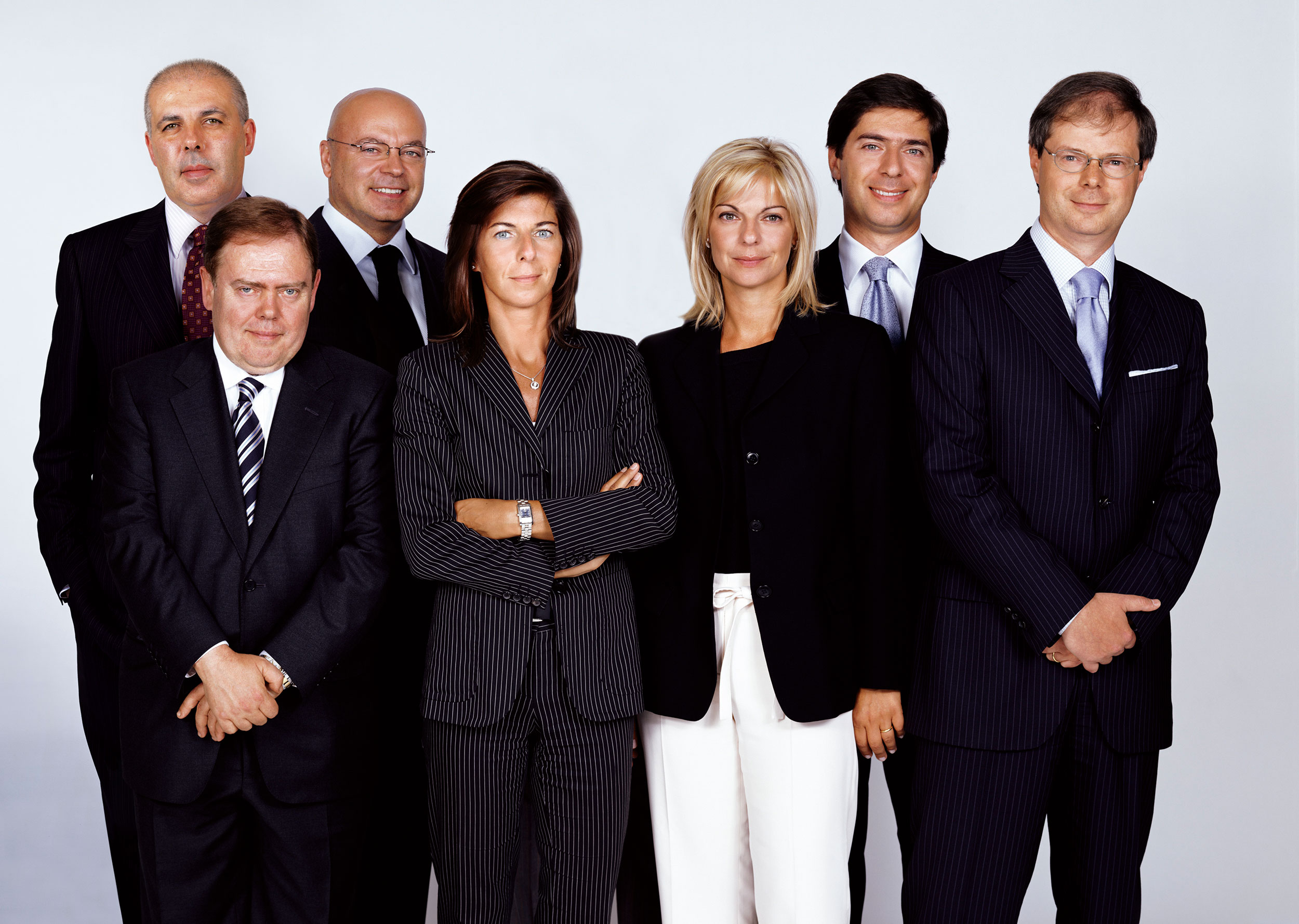 The third generation: the innovators

With the rise of the third generation, Canali consolidates its commitment to the production of quality garments and decides to invest in technical research and in the training and development of its collaborators. The brand evolves in terms of style and its offerings during the next two decades and with a high diffusion of social media and digital sales channels, it gains more and more space in the men’s fashion scene.

In its more than 85-year history, the Canali family rethinks, revolutionizes, and adapts its company, always being true to its values and becoming a witness to timeless male elegance.

back to Family
03.
The value of planning for the future
03. Family
×